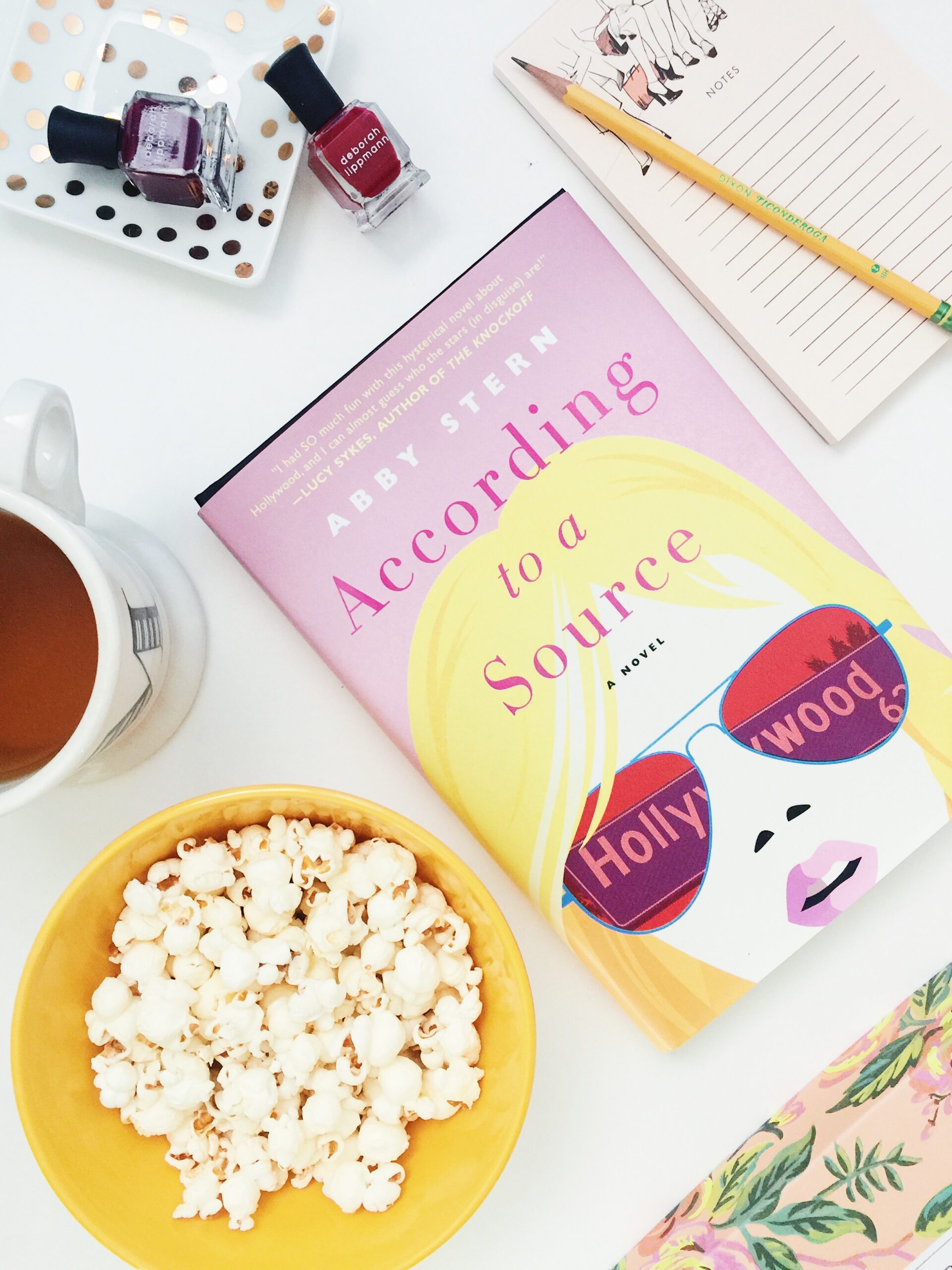 Even before you start Chapter 1 of According to a Source by Abby Stern, you get a sense of what’s to come with the opening quotes. One of the quotes, in particular, is by the late Carrie Fisher: “You can’t find any true closeness in Hollywood because everybody does the fake closeness so well.” I had these words in mind while reading the pages that followed and it really cemented the theme for the rest of the book.

The narrator, Ella Warren, is an undercover freelance reporter for the popular celebrity news magazine The Life and spends her nights scouring nightclubs and exclusive restaurants looking for the next big viral story. At first, this secret double life of hers is perfect: she has a handsome boyfriend, celebrity best friends (including a beautiful British rising star and elite blogger/social media influencer), and a job she loves. But when a new Miranda Priestly-esque boss takes over and implements a competitive points system where writers must remain on top in order to keep their jobs, all that comes crumbling down.

Regardless of all the glamorous champagne toasts, hot actors coming and going, and exclusive parties, Ella begins to spend most of her time stressing about getting busted for her alias and getting fired. In a way, she is almost like Cinderella—except the party doesn’t start until after midnight—and you, as a reader, are waiting for the other shoe to drop. When it does, it’s not pretty.

What the author does well is mask the story’s big-name celebrities by giving them descriptive monikers, as opposed to coming up with made-up names. Though the book is obviously a work of fiction, half the fun is trying to figure out which real-life celebrities Stern is referring to when they are introduced as “Sexy Indie Film Actor” and “Triple Threat Pop Music Diva” (to be fair, a lot of celebrities fit those descriptions). Not only is it fun to do some detective work of your own, but it also paints a much more realistic picture in your head, one where you feel completely attached to the story’s L.A. setting.

According to a Source is stylish and fun, exciting and suspenseful, and would be enjoyed by fans of The Devil Wears Prada and Freeform’s The Bold Type.

This article was originally published on ClicheMag.com

I received a copy of According to a Source complimentary for review. All opinions are my own.